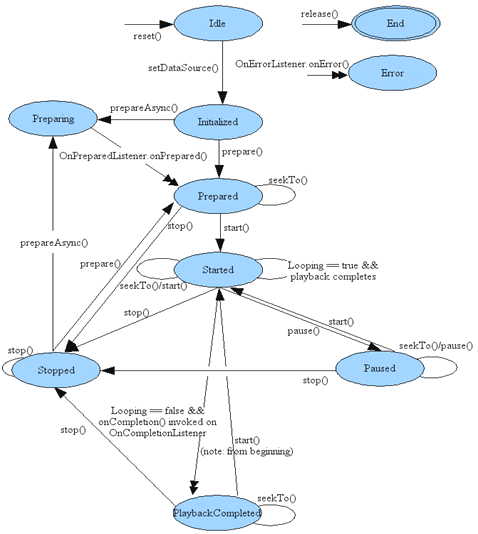 
Media Player class has several setDataSource () signatures to accept different content
type than URI. After this call, the Media Player object is in “Initialized” state;

We can give stop command to the player if the player current state is Prepared, Started,
Stopped, Paused, and Playback Completed.
2 comments:

When we create a const object none of its data members can change.In a rare situation,however,you may want some data member should be allowed to change despite the object being const.

What is Data Structure?